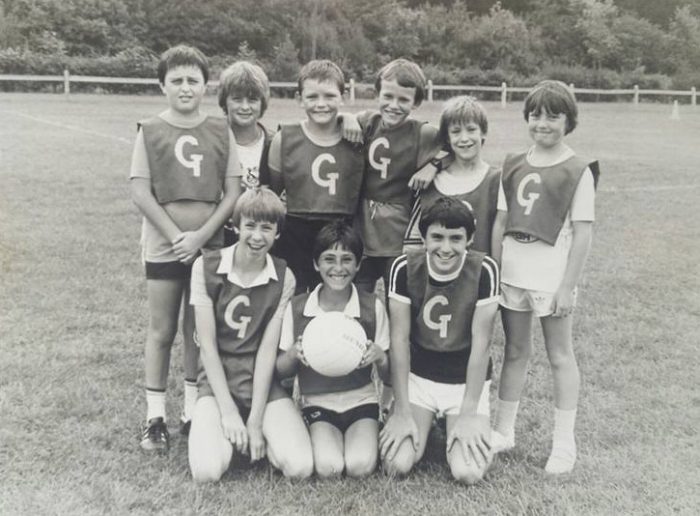 I have lived in Crawley since birth. It’s a new town, which both my parents moved to separately in the 1950s and early 1960s. I have very fond memories growing up there, not only because my parents gave me roaming freedoms unimaginable today, but also because of the way the New Town was planned. Children had access to landscapes and play facilities sadly missing in almost all housing development today.

I grew up in a standard 3-bed end of terrace house in Gossops Green, one of the original new town neighbourhoods. It was the most common of the house types in the neighbourhood, whose layout was characterised by long, sweeping terraces, with homes set well back from the street to leave plenty of space for landscape. Designed following traditional Garden Suburb principles, the road patterns often followed historic routes and retained the most valuable landscape assets. This not only created a beautiful neighbourhood setting – it also meant that you were never far from a climbable tree or a mini-wood, with lots of opportunities for camp-building.

Built predominantly by the Crawley Development Corporation from 1958, Gossops Green only had a relatively small amount of wholly private housing which was generally concentrated around the edges of the neighbourhood and delivered a decade later. For the most part, the Development Corporation delivered an undetectable mix of private and council homes. This meant we grew up and mixed with people from all parts of the social spectrum, and were never aware of the social status of those in our circle. Privately owned homes only started to become more obvious during the early 1980s, with the advent of double glazing.

From the age of six, I was able to roam with my older friends throughout the neighbourhood, which included two parks, a big lake, a river, woods, several copses, local shops (all great for games), a nearby youth centre and a Playcentre. Located in the neighbourhood park, only three minutes walk from our house, our Playcentre was a prefabricated single-storey social hub which offered snooker, pool, table tennis, board games, refreshments and a modest selection of arcade games. The Playcentres catered for children between five and sixteen, and was crucial to building friendships in every neighbourhood in the new town. Each one was open from 4pm to 7pm weekdays during term time, and from 10am to 6pm on Saturdays and school holidays. Every summer, inter-centre tournaments were held for football, netball and rounders, all of which helped to forge strong, but light-hearted neighbourhood allegiances.

Sadly, most of the Playcentres and youth clubs are now closed, and their buildings demolished with little warning. Taking a short cut home across the park one evening in the summer of 1994, I unexpectedly stumbled across the empty site of my local Playcentre. I was utterly dumbstruck and felt a real sense of loss. I know I wasn’t alone.

Diversity of tenure, mature incidental landscape character and the mixture of community uses were crucial to the success of those early Crawley neighbourhoods – and my experience of growing up there has had a lasting impact on my personal and professional life. It has made me a strong advocate of diverse tenure integration and collaborative design with local communities. It’s also given me an appreciation for the crucial importance of community uses in residential masterplanning. These values underpin our work with Nationwide at Oakfield, Swindon, where a community-led masterplan for 239 homes is supported by a resident’s hub, café, a new park, communal gardens, incidental landscaped squares and a strong architectural identity derived from Swindon’s industrial heritage. I hope that this new neighbourhood is as influential on its residents and remembered as fondly as my own.

Tom Mitchell is Associate Director at Metropolitan Workshop, having been with the practice since its inception in 2005. He has contributed to the design and development of several suburban projects, including Roding Lane (London Borough of Redbridge), Sunleigh Road (London Borough of Brent) and Oakfield (Swindon). Tom was instrumental in the development of the successful Wates/RIBA Private Rented Sector Ideas Competition entry, which proposed a more socially purposeful allocation of land for communal gardens, allotments and recreation alongside retail and workspaces, as a new form of suburbia offering advantages for investors and residents alike.